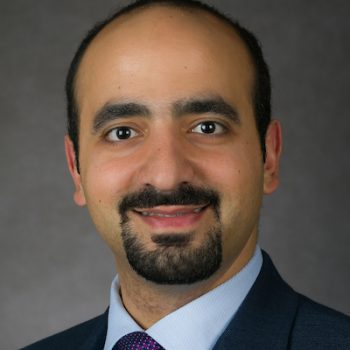 Sharief Oteafy is an Assistant Professor at the School of Computing, DePaul University, USA, where he is the director of the Next Generation Networking (NexGeN) lab. He received his PhD from Queen’s University in Canada, focusing on adaptive resource management in agile Sensing Networks. His current research focuses on Information Centric Networks, dynamic architectures for interoperability in the Internet of Things, and managing the proliferation of Big Sensed Data (BSD). He is currently a key player in the design of the Tactile Internet Architecture, under the development of the IEEE P1918.1 Standard Working Group. He is actively engaged in the IEEE Communications Society (ComSoc), and is a professional member in both IEEE and ACM. Dr. Oteafy co-authored a book on “Dynamic Wireless Sensor Networks”, published by Wiley, presented 50+ publications and delivered multiple IEEE tutorials on IoT and BSD. He co-chaired a number of IEEE symposia and workshops in conjunction with IEEE ICC and IEEE LCN, and served on the technical program committee of numerous IEEE and ACM symposia. He is currently an Associate Editor with IEEE Access, and on the editorial board of Wiley’s Internet Technology Letters.